Banks and credit union organizations usually seem similar from afar. The two offer financial services, such as checking accounts and loans. But are quite different from each other. Wondering what is the difference between credit union and bank products and services?

While these two institutions offer many similar products. There are fundamental differences in how they operate. It boils down to a few key features.

What Is a Credit Union?

Additionally, it has been a common practice. That labor unions align themselves independently to form various credit unions. For example, teachers unions have been widely known to benefit from credit unions. Formed as an expressly teachers only membership.

What Is a Bank?

A bank is a financial institution formed with an aim of offering financial services to any prospective customer. It accepts deposits and offers loans. Additionally, a bank offers other wide range of services. Including financial advisory, asset management, investment opportunities, estate management and fund management among others. Thus, banks tend to employ a holistic approach in their operation and thus a wide customer base. A good example is Barclays Bank, a conglomerate bank based in the United Kingdom and Union Bank.

The banking sector has specialized in offering high end financial services. It has been at the forefront in departmentalizing into specialized divisions. Each department is specialized and offers a particular service. The banking system has been known to perform a very crucial role in human life; hence, the interest it has attracted since its inception.

How Are Credit Unions and Banks Different?

Though both banks and credit unions offer financial services, they are very unique and different from each other. Distinctively, credit unions are owned by a specific group of members. On the other hand, banks are owned by shareholders with an aim of making profit. Thus, banks are more profit driven than service driven.

For example, a credit union may be owned by a certain group of workers while a bank may be owned by a single individual or by a private entity. Banks later float their shares in the stock exchange and become public limited companies. They can also remain private entities without public sale of shares but place an IPO.

It is of equal importance to take into account the geographical aspect when differentiating between the two. Firstly, a bank is formed with an aim of providing financial services to a wide geographical region. Most banks operate cross border and hence serve a wide customer base.

Such banks, like JP Morgan, Standard Chartered, HSBC and Deutsche Bank among others, are international banks. They operate around the globe either directly or through localized franchises. Thus, banks serve a wide area, and mostly, the average bank serves a certain nation by operating various branches in a certain region.

A Credit Union Is A Non Profit

One aspect of business that differentiates between the two is that banks are profit driven. The sole purpose of forming a bank is profit. Banks are more of money minting entities than they are service driven. On the other hand, credit unions are more focused on offering certain services to a particular community.

Or group of members who has a common trait. Due to profit differences, credit unions tend to charge lower fees in matters relating to finances. This shows they are non-profit in nature. Thus, it is cheaper to access and service a loan from a credit union than it is for a bank loan. Thus, it can be assumed that credit unions do not explicitly have a rigid system of requiring loan security.

It is of equal importance to review the customer patterns of both financial institutions. One thing for sure that differentiates the two is that credit unions are more community based. Thus, they are open to all individuals that fall into their category. If it is a teachers’ credit union, then it is open for all teachers. It is also important to note that a credit union’s customers are its members.

In the case of banks, any potential customer is welcomed to make deposits as long as it is legal. Banks are open to every customer and hence the need to cover a wide geographical region to maximize profits. The customers of the bank are unknown and should not entirely have other interests in the entity. Customers to the credit union are the owners. As such, they influence decisions that are made day in, day out and play a major role in the success or failure of the entity.

In every financial decision, a prospective customer takes into account the interest rate. It is undeniable that credit unions offer better returns on one’s money in that they have higher interest rates. Thus, in every deposit, the customer enjoys a return higher than that of the traditional banks. This interest rate applies to deposits, savings, money markets and checking accounts.

Flexibility and Ease of Doing Business

In cases where one is denied a loan by the traditional banks, then credit unions usually come to the rescue. This is particularly true since they are more lenient in matters of lending credit. Thus, there are fewer complications of dealing with a credit union than it is for a bank. It is possible for a credit union to make certain exceptions for its members who have an outstanding history and have been faced with certain challenges.

Credit Unions And Banks– What Do They Offer?

Banks and credit unions offer a wide range of products and services. One of the main products offered by both is savings accounts. Banks also offer saving accounts whereby customers make deposits with an aim of saving for future withdrawals. In addition, they also offer certificate deposits. The other main product offered by banks is loan servicing. 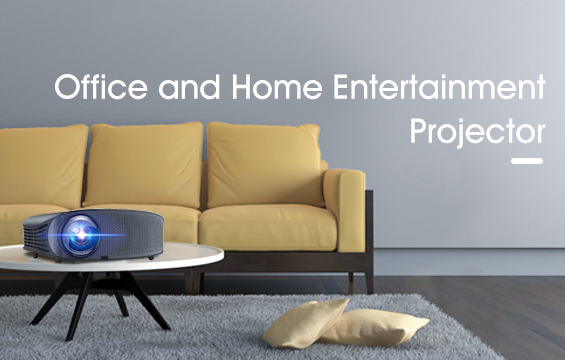 Thus, in times of financial need the customer is able to access either secured or unsecured loans to finance such a need. Furthermore, banks have for a long time played an important role in the real estate industry. This is particularly so because they finance homeownership and estate development. On the same note, customers are able to take up house and home mortgages.

Commercial banks and credit unions are also involved in offering money market services. Thus, customers are able to enjoy profit that comes with investing in money markets. For example, it is common for most banks to have a forex exchange department whereby currencies are exchanged either for profit or otherwise. Banks have also been involved in international money transfer. For example, most banks are in liaison with Western Union and PayPal to enhance and facilitate international money transfers.

Due to the technological advancement that has changed the world into a global village, the banking sector has so far evolved to better offer better services and products. For this reason, banks are able to offer online banking.

Banks have also been partnering with telecommunications companies to merge mobile money transfers from the bank to another person through the mobile phone. Such technological changes have been important to keep pace with the dynamic financial world.

Banks and credit unions have also been found to offer other products and services like overdrafts whereby a customer is allowed to take access to a loan beyond his or her limit. This is meant to help a customer meet unexpected financial challenges. Modern commercial banks have also been at the forefront of allowing discounting of bills of exchange. This is where a holder of a bill can discount it with the bank and the bank agrees to pay the debt on his or her behalf.

Both have also been involved in offering debit and credit cards to their customers. According to survey reports, out of the reported 5,644 credit unions in the United States as of March 2018, only 61.2% offer credit cards. This financial package is meant to ease modes of payment and help the customers shop efficiently.

Typically, both financial institutions also offer mobile banking, overdraft protection, ATMs, and direct deposit. And while some bigger banks may have larger ATM networks, some credit unions repay fees charged by ATMs outside of their network, allowing members to withdraw money at more places for free.

Which Is the Better Option– Credit Union Or Bank?

From the above analysis, it is only true to hold that credit unions are the better option for investing and credit application. Before making any investment, it is prudent to take into account the rate of return of such an investment. The sole aim of investing is to get a better return on one’s investment. Between the two, it has been established that credit unions offer a higher return on investment due to higher interest rates on deposits and the money market.

Furthermore, the loan interest rates are lower for credit unions than it is for banks. Thus, it is advisable to take up a loan with a credit union. In case of repaying and servicing the loan, it becomes cheaper. It has been proven that credit unions tend to charge lower than the existing global rates which automatically puts them above banks in lending to their customers.

Another aspect of business that ought to be taken into consideration is bureaucracy. Transacting with a bank is a rather tiresome process in that it requires a rigorous bureaucratic process that is often followed to the letter. However, credit unions have acted to be more flexible and offer services over the counter within a short span of time. In such cases as credit rating confirmation and ease of accessing loans, credit unions are way above banks.

From the above analysis, it is only true to conclude that both banks and credit unions are equally essential institutions. It is also logical to note that credit unions offer fast and personalized financial services with minimum effort. They are more attractive in terms of investment. But also, it is undeniable that banks have for long held a competitive advantage in that they offer a wide range of services though being more costly.

In the foreseeable future, it seems that banks will remain competitive. This is particularly because they spend more in advertisement costs and hence reach a much wider audience. But the existence of credit unions is equally essential. Though having a lower customer base, credit unions offer better personalized services and products. In conclusion, the financial industry needs the co-existence of both forms of financial institutions. This is because they tend to balance each other but in a positive way.

On the same note, there needs to be more research on how to better the service packages offered to customers. No matter how much profit may be important to business, it is crucial for various stakeholders in the finance industry to take note of the needs of the customer.

How To Improve Your Credit Score And Why Does Credit Matter?

Mon Jun 29 , 2020
A credit score is a numerical expression of a statistical analysis of credit files. Simply put, this number will help you explain your financial worthiness. Why does credit matter? The account measures the previous ability to make loan repayments and manage previously granted loans. It is usually based on information […]