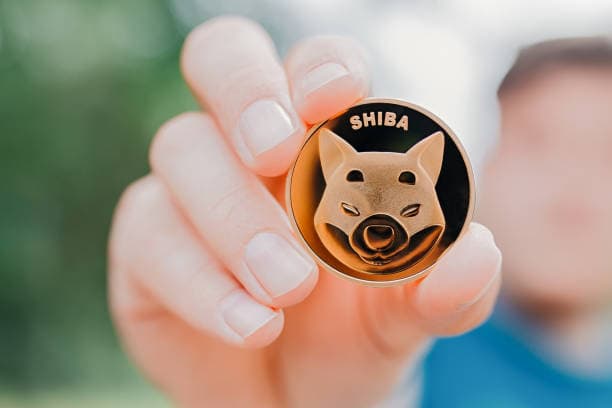 What Is Shiba Inu?

Shiba Inu is a meme-inspired token created on Ethereum by an anonymous individual known as Ryoshi. SHIBA is nicknamed the DOGECOIN KILLER, this ERC-20 ONLY token can remain well under a penny and still outpace Dogecoin in a small amount of time.

The so-called “meme coin” launched in August of 2020. It’s a play on the dogecoin (DOGE) meme, which is in itself a parody of the cryptocurrency space. Shiba Inu coins are gaining popularity as investors look for the next bitcoin (BTC) to invest in.

There are currently 394.79 trillion tokens in circulation from a total supply of 1 quadrillion. As an ERC20 token, SHIB is building a decentralized exchange (DEX) called ShibaSwap. Competing with PancakeSwap on Binance Smart Chain, and JustSwap on the Tron Network. As well as Uniswap and SushiSwap on Ethereum.

The anonymous developers of Shiba Inu announced on August 7 they had initiated a coin burn to reduce the amount of SHIB supplies in response to a request from the community. Digital coin burns destroy coins to take them out of circulation, which will slow down the rate of inflation. SHIB developers added two new trading pools to the ShibaSwap decentralized coin exchange. Perlin and Ryoshi, and burned $25,000 in both SHIB and LEASH coins.

The developers have formed an ecosystem around the SHIB coin, creating other tokens such as LEASH and BONE. ShibaSwap, which runs on the Ethereum blockchain, launched on July 6. Burning coins to reduce the amount in circulation creates the potential for the price to rise.

Is Shiba Inu A Good Investment?

Many cryptocurrency experts believe that Shiba Inu Coin is a good investment compared to other mainstream cryptocurrencies, and other DeFi tokens. Despite all the ups and downs in the history of the SHIB, analysts believe that Shiba Inu Coin’s price could grow further in the long term. One of the factors that will influence investing in SHIB in 2021 is that it’s being listed as an option of payment by GrupoCinco.

But how does this affect the price of the Shib coin?

As a result of this, the cryptocurrency would be exposed to the 50,000 customers per month who patronize the various outlets of the company. Besides this, GrupoCinco owns G5Pro. G5Pro is a live entertainment business unit that is able to sell an impressive 450,000 tickets annually.

With time, G5Pro being a subsidiary of GrupoCinco would start accepting SHIB as a form of payment. This opens up the cryptocurrency to a new market in another section of the entertainment industry.

Payments will be processed through the Lightning Network to help the Cryptocurrency to scale relatively faster since it relies on the same proof-of-work (POW) algorithm Ethereum employs in processing transactions. Statistics show that more than 80% of the company’s customers are aged between 18 and 25.

Also, more than 60% of the Paraguayan population is under the age of 30. This partnership is going to encourage Paraguayans and the whole South American region to use cryptocurrency in their daily activities. So is Shib a good investment at this particular time? I think it’s worth taking the risk. There are a lot more pros than cons that factor into the equation.

The Popularity of The Shib Coin

Yet, another factor which should make you consider investing in SHIB is its popularity. Like other meme-inspired currencies such as Dogecoin, Shiba Inu has a great following across many social media platforms. Quora, Twitter, Reddit, and Facebook, just to name a few.

After the gold mine of Dogecoin in the first half of 2021, Elon Musk tweeted about Shiba and this saw the cryptocurrency make huge gains in May before the lows followed in the last week of the month. This motivated millions of people to consider SHIB as an alternative digital asset to have in their portfolio of investments.

Coin Quora thinks traders and investors should be considering investing in Shiba Inu coin. According to analyst Jay Manila, SHIB could command the best possible price of $0.000049 up to $0.0001 between 2021 to 2023. This means that investing in SHIB could see you with a return of at least 1,329.39%!

How Much Shiba Can I buy?

It has been a dynamic 6 months for SHIB where several price milestones were crossed which brought huge percentage gains for traders and investors who had faith in the crypto trading asset from the beginning of the year.

You have many options to buy SHIB in 2021. Your options are not limited to smaller, obscure exchanges. SHIB is benefitting from the fact that it’s on some of the most popular crypto trading floors in the world. Here is a list of places to buy Shiba Inu Coins.

Return To The Office Tips After The COVID-19 Shutdown

Fri Aug 20 , 2021
Although, the Delta Variant is on the rise which may cause restrictions to be reinstated. As the COVID-19 Pandemic restrictions ease, depending on your location, type of work, and business circumstances. You may be called in to return to the office soon. If this pertains to you it is understandable […]