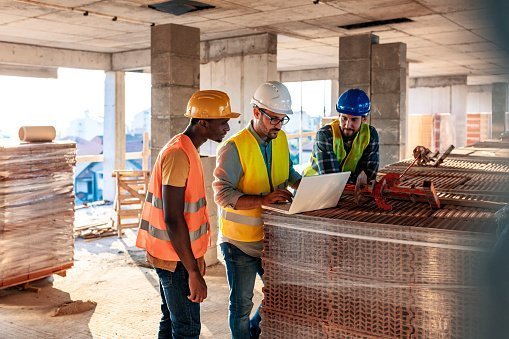 According to an analysis by Moody’s. Decreasing production in the United States is unprecedented. The lockdown has stopped 29% of economic activity and that’s s not all…” High unemployment levels are historical.

Certainly it was almost inevitable that an enormous highly populated nation like the United States. Would suffer the crisis more than many other nations in the world. Not to mention that in many high density communities they still do not take the problem seriously today. Despite all that has happened and all that continues to happen. Another reason why the pandemic has continued increasing and it seems to be never ending.

Trump and his government continue to support the high number of tests carried out. The White House has said that it is in any case very important that testing is done. And one slack of attention would lead to a very damaging deterioration for the economy. Not only in the United States but in the world, which in fact is already happening.

Among other things, the virus may have had mutations that would lead it to be more dangerous than we think.. If this were all true it would significantly worsen the situation.

Of course if we all act as doctors and virologists have advised us. We could all contribute to a very significant slowdown of the pandemic. The pandemic is leading inexorably to an economic collapse as it was obvious it would happen.

Each state in the United States has decided somewhat differently about its activities because of the pandemic. Mayors have sought an agreement for everyone to react in the same way to combat this problem. There are 41 states that have ordered businesses to close their doors to reduce the problems of coronavirus. Restaurants, universities, gyms, cinemas, public parks, boutiques and millions of other “non-essential” activities have turned off the lights. As U.S. daily production declined by about 29%

Most economists predict that US production will resume this summer or fall. When the states and all activities will open again when finally the virus is going to decline. But the dropping daily production appears unprecedented and disconcerting. US annual production had fallen by 26% more than what happened in the Great Depression. But doubts still arise … Many agree in stating that with the arrival of autumn and winter could bring us a significant surge in cases. A forecast that is already alarming many. Trump’s promise: a vaccine before the arrival of autumn is going to arrive.

This crisis is different from past ones such as the 2007-2009 recession. Caused largely by a massive collapse of the housing market. Although unfortunately, as then, families are paying the consequences. The best possible comparison for the current situation is that of a strong earthquake. Or terrorist attacks of 11 September 2001. When the airlines have stopped flying In the days following the US attack.

Production dropped by around $111 billion. According to Moody’s estimates. In the beginning of this year. Approximately three weeks following the closures imposed by the state due to the outbreak of the Coronavirus. US production decreased by about $350 billion. “It’s as if the state of Indiana had disappeared for a whole year.”

Unemployment At All Time High

Increasing unemployment means increasing poverty. The recession of 2007-09 meant that the share of Americans classified as poor, on a widespread measure. Jumped from 12% to 17%, with the disappearance of millions of jobs and business closures.

That economic shock, however serious, pales in comparison to what America sees today under the Coronavirus pandemic. The June employment report, released on July 2, showed that unemployment remained well above the peak of the last recession.

Since the pandemic began, the share of Americans who “sometimes” or “often” don’t have enough to eat. Has grown by two percentage points, representing about 4 million families. A surprising 20% ​​of African American families with children are now in this position. Meanwhile, the percentage of Americans who say they are able to pay the rent is falling. Record numbers of people are typing bankruptcy on Google search.

There has been talk of a recession for some time. Especially in the USA where the closure of many businesses caused the layoff of millions of workers. Meanwhile, Unemployment insurance payments does not seem to be in time or adequate enough to help.

“Donald Trump’s United States slipped into recession in February. Following a record-breaking. 128-month expansion.” Although the stock markets seem to have completely eliminated the losses of the last few months. The same certainly cannot be said of the real economy, or the realm of economic life. Directly connected to the production and distribution of goods and services.

A great “Scourge” of our times, unemployment, which does not spare even a great power-land like the American one. Although the rate is better than expected. It is still above 13%, recording a level never seen so high from the 70s until today. According to the calculations. Between 5 and 25 million jobs are expected to be at risk. A number that could even exceed those lost during the 2008 crisis.

The loss in terms of workers’ incomes, and therefore consumption capacity, globally. Could reach 3.4 trillion dollars in 2020, with a particular collapse in the tourism, transport and automobile industry sectors.

Driven by the desire to restart the American economy immediately. The early reopening by many governors was the trigger of the latest crisis. Which moved away from New York and hit precisely the states that have until recently implemented more restrictive measures. They got rid of those restrictions too quickly.

However, it would be unfair to point the finger only to the errors of the authorities. American citizens have not all shown the same discipline before the rules of social distancing. In many places the masks only appeared late. In short, denial is a constant in many states and in many sectors of the population.

At least until a few weeks ago. Beach parties, protests and even bank holiday weekends. Starting from Memorial Day, have helped to raise the head of Covid-19 in the United States. Now we try to run for cover. But the errors and discordant messages continue. And it will be difficult to get out of it. Without a serious effort for a turnaround, while hoping for a vaccine.

That the United States will start even stronger than before there is no doubt. Obviously we must together defeat this pandemic. It can be done with the help of doctors and virologists and with the common sense of all citizens.

Certainly a nation that is also a world superpower should have reacted better and with more organization. Obviously, with more resources so that the economy and jobs were not compromised to the point of today.

The American economic renaissance will undoubtedly be good for the western world. Hoping to eradicate the pandemic in the shortest possible time. So that everyone can live again in the “normal” we were used to. Perhaps investing more to restore jobs to those who have lost them. Create new ones for those who have not found one and help people and families prosper again.

What Is An Auto Warranty? You're Trashing Your Money

Tue Aug 4 , 2020
What Is An Auto Warranty? Extended Coverage Is Not Worth It What is an auto warranty? An extended automobile warranty is an investment contract or agreement. To service, repair, or maintain an identified car. Domestic or imported, due to structural or operational breakdown. In workmanship, materials, and in other instances, […]